The scary truth behind Halloween waste…

Forest of Dean residents reminded to reuse and recycle this Halloween! 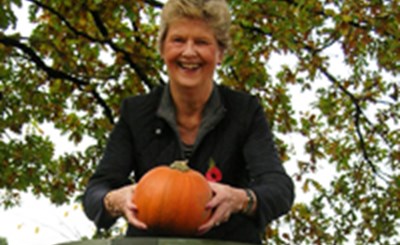 Forest of Dean residents reminded to reuse and recycle this Halloween!

With Halloween now recognised as the third largest event in the UK retail calendar - falling only behind Christmas and Easter - Gloucestershire's Joint Waste Team is urging Forest of Dean residents to recycle or reuse their old Jack O'Lanterns and other spooky paraphernalia once the celebrations are over.

Councillor Marrilyn Smart, Cabinet Member for the Environment at the Forest of Dean District Council said: 'While Halloween is clearly a time to enjoy we would ask residents to take a moment to think about the environmental impact this time of year can have.  Research suggests Brits will spend £310million on Halloween this year - a 5% increase on 2015.  However, with additional spending often comes additional waste.'

Forest of Dean residents are reminded that they can recycle their old pumpkins using the weekly food waste recycling service.  Simply remove any tea lights or candles and either put the pumpkin whole in the black kerbside caddy or carefully cut it into smaller parts to fit, ready for collection.

Anyone needing a caddy can pick one up from the Council's Reception in Coleford or request one to be delivered by calling 01594 810000.

Pumpkins also make a useful addition to any compost heap or bin.  With fallen autumn leaves also in abundance at this time of year, now is the perfect time for those interested in trying home composting to get started.

To help, Gloucestershire County Council is offering compost bins at a subsidised rate to all residents.  Bins can be purchased from as little as £8.49 for 220ltr bin or £9.99 for a 330ltr bin (£5.99 delivery charge applies).  Both bins are available on a 'buy one, buy one half-price' offer.  More information can be found online at www.recycleforgloucestershire.com or by calling 0844 571 4444.*

Councillor Smart continued: 'Eighteen thousand tonnes of edible pumpkin still ends up in refuse bins up and down the country.  However, the carved out pumpkin flesh and seeds can be made into something tasty.  A wealth of seasonal recipes, including roast pumpkin lasagneandroast pumpkin and coriander soup, can be found online at www.lovefoodhatewaste.com.'

'But it's not only pumpkin sales which are increasing year on year.  There is also a significant increase in the amount of party food, decorations and particularly fancy dress costumes being purchased, all of which can add to the waste burden.'

She continued: 'Major supermarkets are already well-stocked with Halloween costumes but rather than buying new, equally dramatic outfits can be fashioned by using old textiles and pieces of fabric and a little imagination.'

'By thinking ahead, residents can also help reduce the need for others to buy new.  Shop bought costumes which have been outgrown can either be handed down to younger friends or family members or donated to local charity shops to resell in advance of the festivities.  This helps not only reduce the amount of waste ending up in the refuse bin but also supports a local good cause too.'

*Calls to the 0844 571 4444 cost 5 pence per minute (plus any access charges applied by individuals' own telephone company).